Three parties with outstanding lifetime contributions to the meat business are set to be inducted into the Wisconsin Meat Industry Hall of Fame at a May 3 recognition ceremony. They include Larry Clark, Lodi Sausage and Meat Company; George, Ruth, Craig and Lea Culver, Culver’s founders; and Kathy Glass, Food Research Institute.

The Wisconsin Meat Industry Hall of Fame induction luncheon ceremony will take place on Friday, May 3 at noon at the Dejope Residence Hall, in the Mendota Room, on the UW-Madison campus. Tours of the new Meat Science & Animal Biologics Discovery building will be offered prior to and following the luncheon. The cost to attend the event is $40.

More about this year’s inductees: 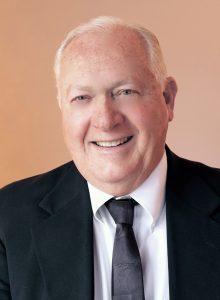 Larry Clark’s meat career began with Oscar Mayer after his graduation from UW’s Meat & Animal Science program in 1966. Given his strong background in livestock evaluation, Larry was hired as a livestock buyer with Oscar Mayer Inc. and worked with regional hog farmers to recruit the needed supply of hogs to the Madison plant.

In 1989, he was able to realize his dream of owning his own business by purchasing the Lodi Locker, now Lodi Sausage Company & Meat Market.

In addition to being a successful livestock buyer, corporate executive, and business owner, Larry has shared his time and talents with the meat industry and his community. A few of his contributions include building the Governor’s Meat Products Auction into a significant fund-raiser for Wisconsin 4-H, working with the Department of Natural Resources and others when Chronic Wasting Disease emerged in the deer population, and partnering with the Department of Agriculture as Manager of the Specialty Meat Development Center to help educate small meat plant owners on processed meat opportunities to help their business. 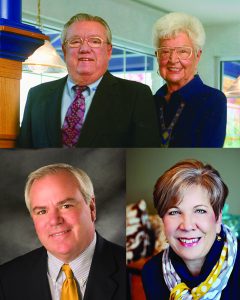 Culver’s restaurant co-founders George, Ruth, Craig, and Lea Culver built their legacy by following the credo to “do the right thing” for guests, team members, and the community.
The Culver’s story begins with George and Ruth. They first purchased an A&W Root Beer property in Sauk City, WI in 1961 and sold it in 1968, only to repurchase the same property in 1984. On that site, the first Culver’s Frozen Custard and ButterBurger restaurant opened for business.

The first two years were challenging. Custard was not well known in Sauk and competition was strong. But Craig ran the restaurant remembering his dad’s advice, “Don’t mess with the
quality.” Through his wisdom, guidance, coaching and teaching, the business started to thrive.

The co-founders were all hands-on. Ruth and Lea were in the front of the restaurant providing great service and hospitality. Craig worked the grill searing ButterBurgers to perfection, and George was in charge of the food preparation area. They were a great team and began to surround themselves with team members with the same dedication and values.

While Culver’s has seen and experienced many changes since 1984; its mission remains the same; that “Every Guest Who Chooses Culver’s Leaves Happy.” 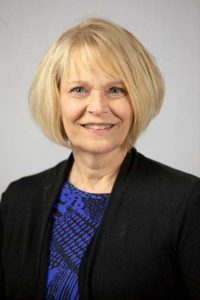 Kathy Glass grew up on the Michalski family farm in Edgar, WI. The knowledge she gained in food production as a youth sparked her interest in science, and the work ethic she gained became hard-wired into her methods for building a professional career as an outstanding food microbiologist.

Kathy’s food microbiology career began with a project for Oscar Mayer which was focused on use of sodium lactate as a substitute for sodium nitrite to control Clostridium botulinum.

The results generated by her lab are beneficial to meat companies, ingredient suppliers and consumers. Her unbiased food microbiological expertise is sought by both the regulated and the regulators. She has served on the National Research Council FSIS Standing Committee on Food Safety and the USDA/FDA National Advisory Committee for Microbiological Criteria for Foods where she has influenced policy on food safety in meat products. Very simply, processed meats in the US are much safer due to the efforts of Dr. Kathy Glass during her career.


The Wisconsin Meat Industry Hall of Fame was created in 1993 to recognize individuals who have made significant contributions to the meat industry in Wisconsin. The Hall of Fame program is coordinated by the University of Wisconsin-Madison Meat Science & Animal Biologics Discovery program. For more information, visit www.ansci.wisc.edu/meat_hof or contact Dan Schaefer at (608) 262-4513 or dmschaef@wisc.edu.

This article was posted in Uncategorized.